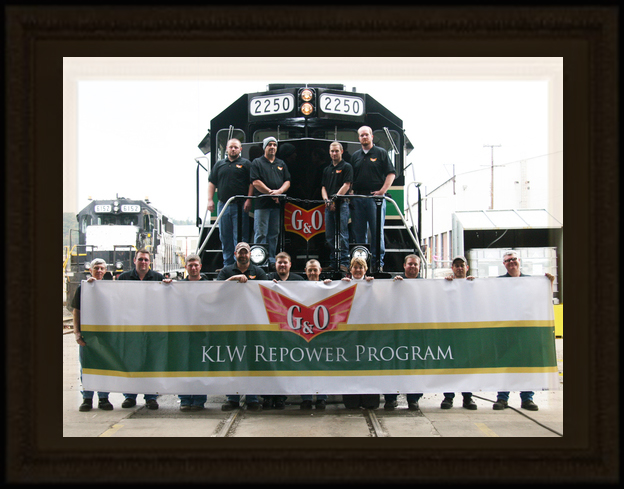 One of our customers, Knoxville Locomotive Works, recently rebuilt and tested a locomotive with one of TMV’s Traction Engine Control Units (TECU). Formerly a GP-38, the 2250 was repowered and now contains an EPA Tier 2- compliant diesel engine.

Here are the numbers:

“KLW has been very pleased and impressed by both the product and the service that TMV has provided to date.  The TECU systems we have installed now on four of our own units, including our repower, have functioned extremely well.  Our railroad in South Carolina has reported that they can pull the same tonnage with the three TECU-equipped units that previously required five conventional units for traction.  I know from personal experience that TMV has been very responsive to requests in the field for technical support.  And at the time of this writing we have a fifth TECU system being installed in our 3200 HP repower and details are being worked out for another TECU system for one of our switchers.  We expect that any conventional unit in our system that comes to Knoxville for requalification/rewire will receive the TMV hardware. “

– from Tom at Knoxville Locomotive Works

Knoxville Locomotive Works believes that the TMV TECU is a key part of the success of their locomotive. Here’s a quote from their sales material:

“The TECU’s small size, simple troubleshooting options, and ability to dramatically increase tractive effort are the reasons why the system is ideal for KLW repowered locomotives and repower kits.”

Please visit KLW’s page Locomotives that Emit Less, Consume Less, and Do Moreto see more information on how the TECU integrates with their locomotives.

As for us at TMV Control Systems, we are proud to be a part of this project and wish Knoxville Locomotive Works every success in their efforts!