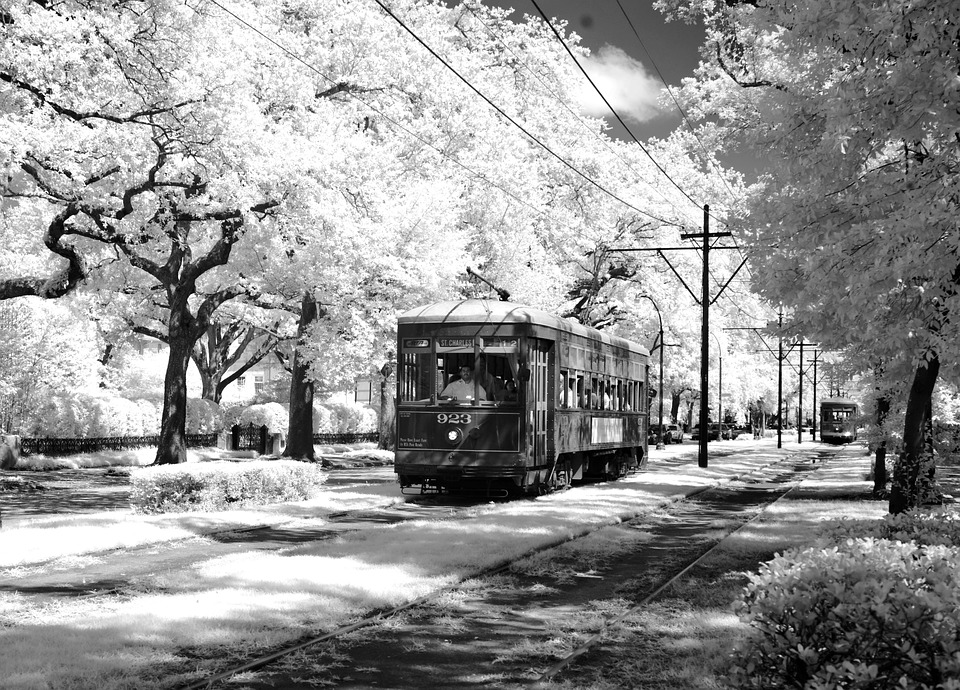 This is a case study outlining TMV’s involvement with Brookville Equipment Corp., and their 2007-2010 contract to rebuild New Orleans’ swamped streetcars, after 2005’s terrible hurricane season.

Katrina, a category 5 hurricane, is predicted to hit New Orleans.  All streetcars are taken off duty and stowed away in their stations for safe keeping, until the storm passes.  New, red streetcars are sent to Canal Station and the vintage green streetcars to Carrollton Station.

Katrina forces a causal sequence that leads to flooding throughout the city.

Storm dissipates. Flood waters, carrying oil and corrosive chemicals, are found enveloping the streetcars in Canal Station.  This will take weeks to clean up.

Damage assessed on streetcars lifted from the mire. All 24 deemed inoperable. Months and millions of dollars projected for repair.

Canal street line is restored, but using the St. Charles Streetcars as a temporary fix.

Brookville Equipment Corporation awarded the contract to repair the 24 Canal Street cars, as well as 7 others (known as the Riverfront cars) for a total of 31.  Total restoration is required, including electrical systems.  TMV granted sub-contractor status to supply control systems for New Orleans streetcars.

The New Orleans Regional Transit Authority announces on their website,  “The first restored candy-apple red Canal streetcar should return to Canal Street as early as October, 2008”.

All service on Canal and Riverfront lines sufficiently populated by repaired cars.

The RTA predicted on Oct.14, 2008, that “the remaining 22 red streetcars should by back in service by the end of 2009”.  This Christmas season to be celebrated by locals and visitors alike, as iconic streetcar transit is back in operation.